M&M CONTROLS | About
M & M Controls is a leading supplier of environmental controls and systems to the commercial and industrial HVAC marketplace, serving the southcentral Pennsylvania, Maryland, Virginia and D.C. area since 1987.
11
page,page-id-11,page-template-default,ajax_fade,page_not_loaded,,select-theme-ver-1.7,wpb-js-composer js-comp-ver-4.4.2,vc_responsive
M&M CONTROLS / About

When partners Pat Marsala and Bruce McPhail founded the Marsala-McPhail Co. in September of 1987, their goal was simple: develop a high-end distribution business with a focus on controls and an emphasis on customer solutions.

As former employees of Honeywell, Marsala and McPhail were well versed in the industry and knew there was a need for a customer-oriented distributor.  They decided to establish their business in Timonium, MD in order to serve the Baltimore-Washington, DC area.  In 1989, the company name was shortened to M&M Controls.

It was here, along with the help of Vice President Paul Burke, that Marsala and McPhail would develop the core principles on which the company was founded: a dedicated workforce, a commitment to continuous training and a focus on core products.  M&M Controls believes in selling solutions, rather than just products.  By staying informed and on the leading edge of technology, M&M Controls specializes in offering customers multiple solutions for their controls needs.

McPhail passed away of a long illness in 1996 at the age of 39. Marsala, now sole President of M&M Controls, is proud to carry on the principles on which he and McPhail started the company, and now, nearly 32 years later, he attributes much of their success to them.

As business developed throughout the south/central Pennsylvania, Maryland, Virginia and D.C. area, 2006 saw the company open its first branch in Alexandria, VA.  With over 20 years HVAC and controls experience, manager John Bush has helped oversee the new branch as it further expands the company’s service and offerings with a physical presence.

In 2011, M&M Controls opened its third branch in Ashland, Virginia, which has since moved to downtown Richmond at the corner of Summit and Clay Street. Manager Chuck Atwell, a loyal employee since 2006, and Brian Bromseth (2011) manage and operate this branch for the greater Richmond/Tidewater/Shenandoah Valley customers of M&M Controls.

More recently, their long term (1996) employee Todd Pumphrey has been elevated to Vice President of Technical Operations in order to facilitate growth into the next era of business.

As M&M Controls moves forward, now with three locations and over 21 employees, it will continue to offer in-depth training, friendly and informative service, and more importantly, a focus on controls solutions. Knowledge, inventory, experience and superior customer service has been a cornerstone we hope to continue to build upon at M&M Controls. 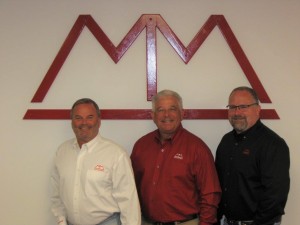 “For well over 32 years after its founding, the company continues to thrive by staying on the leading edge of HVACR technology and simplifying complex and sometimes confusing issues for its customers.”